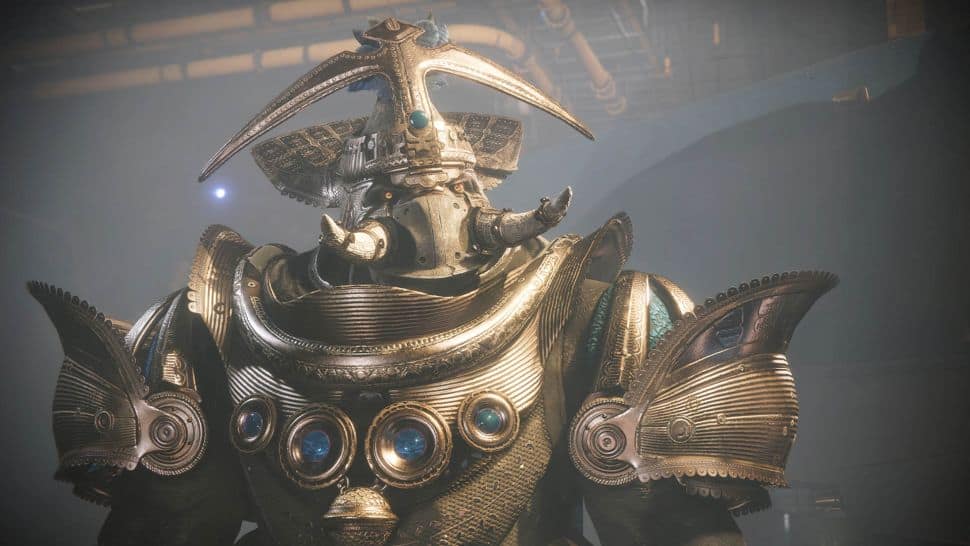 Bungie has launched a lawsuit against the perpetrators of last week’s “fraudulent” Destiny 2 video takedowns, saying that the removal of community-created videos caused the studio “significant reputational and economic damage.” The suit is also highly critical of YouTube’s “easily gamed reporting system,” which it cites as the primary reason that the attack on Destiny 2 content creators was successful in the first place.

The trouble began earlier this month, when multiple DMCA takedown notices were filed against prominent Destiny 2 content creators on YouTube. It was unclear why the takedowns were being issued because they seemed to impact videos that Bungie’s policies specifically allow, and making the whole thing even weirder, some of Bungie’s own content was also targeted.

Bungie said last week that the takedowns were “fraudulent,” and that it was working with YouTube parent Google to reverse all the copyright strikes that resulted. It also found that many of the requests were issued by a “bad actor,” unaffiliated with it in any way, who may have taken the action to retaliate for a recent round of legitimate Destiny 2 video takedowns.

Now Bungie is retaliating itself: Just ahead of the weekend, the studio filed a lawsuit against ten unnamed defendants over multiple allegations including fraud, false designation, copyright infringement, business defamation, and more.

The lawsuit says that in mid-March, one or more individuals used a Gmail address modelled after those used by one of Bungie’s IP protection partners to send out a wave of DMCA takedown notices against videos that weren’t actually infringing on any of its policies. The same address was then used to send messages to content creators claiming that authentic takedown notices issued previously were in fact fraudulent. The defendants also allegedly sent “abusive messages” to the Bungie’s legitimate IP protection partner.

“The Destiny community was bewildered and upset, believing that Bungie had reneged on a promise to allow players to build their own streaming communities and YouTube channels on Destiny 2 content,” the lawsuit states. “Destiny community members were also misled to believe that Bungie’s brand protection agent was also fraudulent, causing confusion among users as to the authenticity of legitimate DMCA notices.

“Bungie had to devote significant internal resources to addressing it and helping its players restore their videos and channels—an effort complicated by the fact that while YouTube has a form that allows anyone to claim to represent a copyright holder and issue copyright strikes, it has no dedicated mechanism for copyright holders who are being impersonated to let YouTube know about the DMCA fraud.”

Bungie’s criticism of YouTube in the lawsuit is surprisingly harsh. The lawsuit describes YouTube’s DMCA policies as “flawed” and suffering from a “gaping security loophole” that allows literally anyone, including “a disgruntled infringer or a competitive content producer,” to issue takedown notices without verification. Restoring videos and removing copyright strikes, on the other hand, is much more difficult: “Bungie had to work through several layers of YouTube contacts before it could adequately communicate and begin addressing the problem,” the suit states.

The suit includes a step-by-step breakdown of Bungie’s efforts to stop and reverse the false takedowns, a weekend-long litany of escalation and runaround that will likely sound familiar to anyone who’s ever had to deal with customer service at a large, distant company. The wheels didn’t start to turn until Bungie’s global finance director fired off an email to multiple Google employees beseeching them for help; after further clarifications and delays, and double-checking to ensure Bungie “had gone through standard channels to file a help ticket,” Google terminated the accounts that had submitted the fraudulent takedown requests and promised that all takedowns would be reversed. It refused to share any information about the people responsible for the takedowns without either a request from law enforcement or a civil ruling, however.

“Fortunately for the people whose videos were targeted by the Fraudulent Takedown Notices, Bungie has the financial resources to begin that civil process in order to meet Google’s requirements,” Bungie said.

One of the interesting things about the lawsuit is the way Bungie acknowledges that the action is, in part, a kind of fan service. Destiny 2 is free to play: Bungie earns its money on sales of additional content like expansions, seasonal content, and Silver, the in-game currency. The studio is therefore particularly conscious of the need to keep its fans happy, something that this kind of nonsense does not make any easier.

“The level of connection and community that Bungie’s players share directly affects Bungie’s bottom line,” the suit states, before going on to note the extremely negative reaction among the player base, which initially assumed Bungie was responsible, and the widespread coverage the takedowns received across mainstream gaming media.

The lawsuit says that Bungie will have the identities of the perpetrators soon, and when it does it wants actual and punitive damages, legal fees, and an injunction barring them from future infringement. It also contains a warning to anyone else thinking about taking advantage of Google’s takedown policies: “Bungie brings this action to recover for the Doe Defendants’ tortious and illegal conduct, and, frankly, to demonstrate to anyone else stupid enough to volunteer as a Defendant by targeting Bungie’s community for similar attack that they will be met by legal process.”

Bungie’s lawsuit against the as-yet-unnamed defendants is available in full from Torrentfreak.