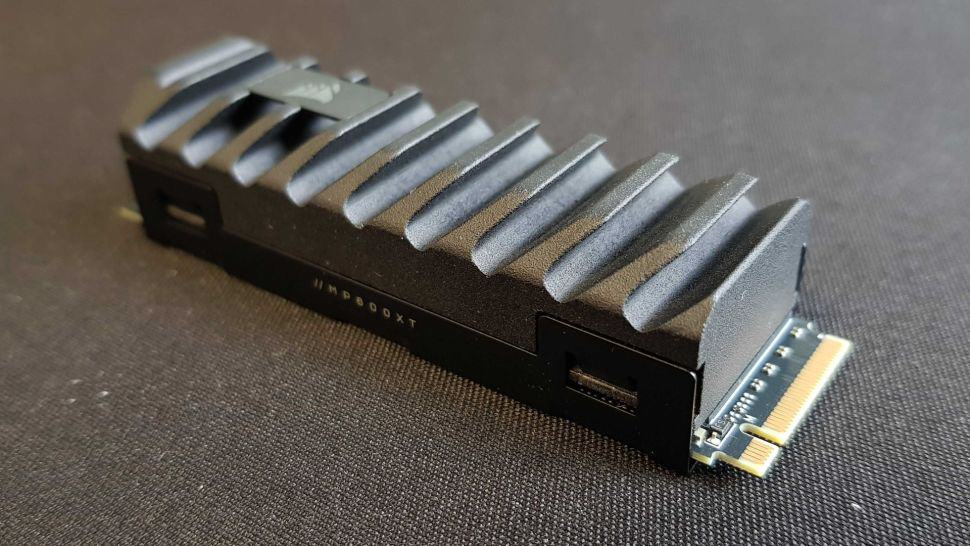 Update: Phison has provided us an updated statement on PCIe 5.0 SSD heat and performance:

“The original statement on March 21, 2022 are not directed at Phison’s upcoming PCIe Gen5 consumer/client SSD based around the innovative, and class-leading, Gen5 E26 controller,” says Sebastien Jean, CTO.

“Phison and its release partners have worked tirelessly to ensure future consumer/client SSDs based on E26 will run within specifications for PCI Express in the M.2 form factor. In fact, E26 evaluation samples running in the lab currently use less power than E18 models selling today with a greater than 80% increase in performance. The efficiency gains stem from advances in gate logic and Phison’s proprietary PHY designs based on Arch 2.0 technology. Phison is also working closely with our motherboard partners to improve integrated onboard passive cooling. This eliminates the need to add costly third-party solutions while still retaining high levels of performance and reliability.”

Original story: I hadn’t thought much to the idea of an all-in-one cooler that boasts both CPU and SSD cooling before today, but now it’s all starting to make a little more sense. Phison’s CTO, Sebastien Jean, has said that with SSD controllers and chips all getting hotter as performance improves, so too will heat output increase. Thus necessitating more beefy cooling solutions.

“As the speed continues to go up with each new generation, our challenge is to manage the heat. With Gen4, sometimes people need a cooler, sometimes they are okay with a metal foil label. If their board has enough airflow, it’s fine,” Jean says to MSI Insider and StorageReview.

“…I would expect to see heatsinks for Gen5,” he continues. “But eventually we’ll need to have a fan that’s pushing air right over the heatsink, too.”

My condolences to all passive PC fans.

In a blog post (via Tom’s Hardware), Phison outlines the measures required to keep modern SSDs cool, and how heat management has become of major importance for performance.

“With each additional GB/s of speed, an SSD also requires approximately one more watt of power,” it says citing Jean.

“We’re trying to stick within roughly the same power envelope as a 7GB/s SSD as we scale up to 14GB/s by making a lot of other changes.”

Power means waste heat, so trying to minimise extra power draw will be key to keeping SSDs cool. The best SSDs for gaming right now don’t necessarily require specific thermal solutions, but even then they often come with heatsinks or require adequate case fan cooling to stay on the chillier side.

If power demands do increase, and it sounds like they might sometime fairly soon, what that means in terms of SSD construction is potentially larger heatsinks, even more focus on motherboard-based SSD cooling, and active cooling solutions, which will include those with fans or even liquid cooling.

Recently TeamGroup announced an all-in-one liquid cooler that hooks up to both CPU and SSD for adequate cooling of each. At the time I didn’t really see the appeal, as my PCIe 3.0 SSDs rarely break into the thermal danger zone for long, but it sounds like that may happen more often as SSD performance improves.

And what is the thermal danger zone? Phison says 0–70/80°C is probably the limit of where you want your NAND chips to be at for very long, though a more favourable temperature is between 25–50°C.

“As heat goes up, retention of data in NAND goes down.”

The actual SSD controller itself, the bit Phison is famed for, can run much hotter, but it’s noted that the NAND isn’t. That means you can see lower throughput with a hot SSD. So if you’re about to whack a bunch more bandwidth on an SSD using PCIe 5.0, or the upcoming PCIe 6.0—at 32GT/s and 64GT/s per lane, respectively—you might want to think twice about cooling it properly.