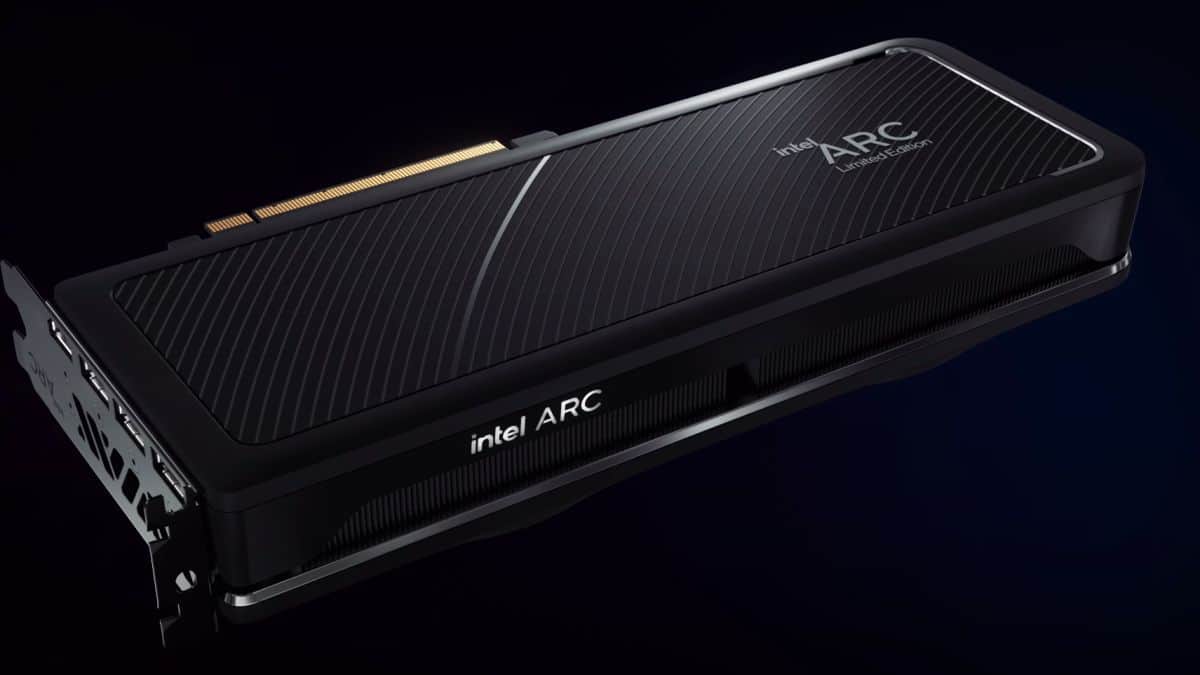 Intel has finally revealed what its discrete Arc graphics cards will look like. During its announcement of its mobile Arc laptop GPUs, Intel confirmed that a limited edition Intel Arc GPU will be coming this winter.

Now, why a limited edition? Our guess is this is Intel’s equivalent of a Founders Edition from Nvidia or a reference design from AMD. Remember, AMD’s reference cards were initially limited edition, but were brought in as a permanent fixture due to the response from gamers. Hey, we like MSRP cards that are well-designed.

Ideally, the final cards will come with a power connector. We can’t seem to see one on the render in the video, though no doubt those high-powered performances here will require plenty of juice beyond what a single PCIe slot can offer (up to 75W). It’s not like a final render to exactly match the finalised product anyways, even one as surprisingly detailed as this, so expect some differences when this card does arrive.

Perhaps those 3x DisplayPorts and 1x HDMI ports will stick around, at least.

I appreciate the understated look of this card. Bit more sleek than some today. It’s great to finally see Intel reveal how at least one of its cards will look, anyways. It’s bound to have partners for other cards, though. So if you don’t like how this one looks, I’m sure there will be more out there for you to pick from.

The exact specifications for Intel’s discrete Arc GPUs have not yet been released, but it appears as though it’s aiming for mid- to high-end performance from early rumours. Perhaps up to RTX 3070/Ti or RX 6700 XT-grade. We do know that they will come with many of the optimisations and features announced with Intel’s mobile Arc GPUs, as they both share the same Xe-HPG architecture.

That includes support for XeSS, Intel’s own upscaling algorithm, and DX12 Ultimate. Also that the GPU will be comprised of the company’s new Xe-core, with XMX AI acceleration and a new media engine.

Rumours suggest that the winter release date really means sometime from May to June, though that’s not necessarily safe from last-minute tweaks. Probably hence why Intel has been a bit loose with its release window here. Getting into the graphics game is hard, huh.

The biggest piece of the puzzle we’re missing today is price. Of course, these chips’ competitiveness depends on having a price tag that can compete with Intel and AMD in the space, if not help drop the price for entry into PC gaming. Fingers crossed.