When does the Steam Deck release in Australia? 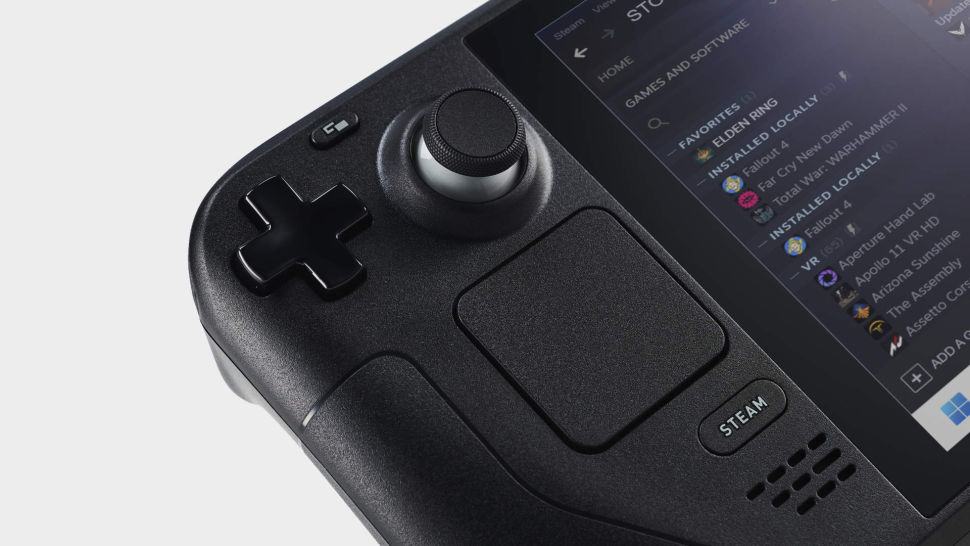 Steam Deck is Valve’s handheld gaming PC, and since its release in February it has attracted some positive – albeit caveated – reviews. Our Wes spent a lot of time testing the device, coming to the conclusion that it’s “bulky for a handheld, but makes up for it with unrivalled versatility and a killer price.”

It certainly does have a killer price, if you happen to live in one of the regions it is shipping to. The Steam Deck starts at $399 in the United States, with $529 and $649 models for higher and better NVMe SSD storage. Still, that’s of no use to Australians, because as of March 2022, the Steam Deck isn’t shipping to Australia, doesn’t have an Australian price, and if you do want to jump through hoops to get one, it’ll end up more expensive than those figures listed above.

From Steam Deck’s February 2022 launch until now, the unit has only been shipping to the United States, UK, Canada and the European Union. Valve hasn’t offered any ballpark window for when Steam Deck might officially release in Australia (or indeed, any other regions), but it may be a while away if the Valve Index’s rollout in Australia is any indication. Following the VR kit’s official release back in 2019, it took until August 2021 for the headset to be officially sold in Australia.

When is the Steam Deck release date in Australia?

The Steam Deck doesn’t currently have a release date in Australia. If you try to reserve a unit on Steam, you’ll be met with the frustratingly vague notice that “this item is not available for reservation in your country.”

The word ‘reservation’ isn’t promising. Valve is struggling to meet demand in the regions it is already shipping to, with units expected to ship in or after Q2, 2022 for anyone who places a reservation. As a result, we’d be surprised if Steam Deck releases in Australia before 2023.

Remember: Valve Index didn’t officially hit the Australian market until two years after its initial launch in the Northern hemisphere, and even now, its stockist EB Games only has the base station available as a standalone unit—not particularly useful for buying into the best VR headset going around. Does Valve hate Australia? Probably not, but as a small market we ain’t a priority.

How much will Steam Deck cost in Australia?

The Steam Deck will, surprise, surprise, probably cost around the same amount in Australia as it does in other regions. So if you want the 64GB base model, expect to pay around AU$535 (ie, the same price as the Nintendo Switch OLED model), with the 256GB and 512GB models going for AU$706 and AU$866 respectively. Do note that these estimated figures don’t include GST.

Consumer tech tends to vary in price from region to region, so those above-listed currency conversions won’t likely be the exact pricing for the Steam Deck in Australia. We’re led to believe it’ll be roughly the same, due to the Valve Index’s official pricing in Australia, which was pretty much the same as the US.

Still, that depends if Valve chooses to use a local retailer to distribute Steam Deck, as it did with Valve Index, or if it wants to ship units out itself. Steam Deck is only available from Valve directly in the regions it’s currently available in, but shipping is currently free.

I don’t want to wait: how can I buy a Steam Deck right now in Australia?

If you want to buy a Steam Deck in Australia right now, you technically can’t: they’re only available to ‘reserve’ after all. But, where there’s a will, there’s a way… albeit an expensive and annoying way.

That way is using a parcel forwarding service, but you’re also going to need to use a VPN, and a US prepaid card provider. Sounding a bit like a pain in the arse, yet? No? Do read on.

Get a US-based prepaid payment card

But wait! You’re allowed to reserve a Steam Deck, but you won’t be able to unless you cough up the $5 reservation fee, which you won’t be able to pay with an Australian credit card or PayPal account. You’re going to need a US prepaid card, which is annoying, but plenty recommend US Unlocked. This basically lets you choose how much money to deposit onto a virtual payment card that you’ll be able to use to check-out on US-based stores that are region locked.

This is an annoying process. You’ll need to verify your account to load funds onto your virtual card, which means offering up an image of your driver licence or passport. You’ll also need to pay US Unlocked a $3.50 monthly fee to use it (this isn’t charged if your account has no credit, so you should only need to pay it once). Then there’s a $0.50 transaction fee, as well as a load fee that varies between 3 and 7% of the load amount you’re crediting to your virtual card.

Get a parcel forwarding service

A parcel forwarding service basically gives you a virtual address in another region, such as the United States. From that virtual address, your package is then shipped to your Australian address. You’ll need one, because Valve is only shipping Steam Deck to the eligible regions, so you can’t have it shipped directly to Australia.

Australia Post actually had its own freight-forwarding system until early in 2022. Now, you’re left to select from a range of other companies who vary in reputation and price. This Choice.com.au break down of freight forwarding services is well worth a read in order to understand the risks, as well as to assess which one is the right fit for you.

Should you buy a Steam Deck using this process? We’d say probably not: this option is only for people who simply cannot wait, and don’t mind the protracted process, the possible extended waiting times, and the added cost involved. For everyone else, stay tuned: the Steam Deck will release in Australia, but exactly when is currently unknown.