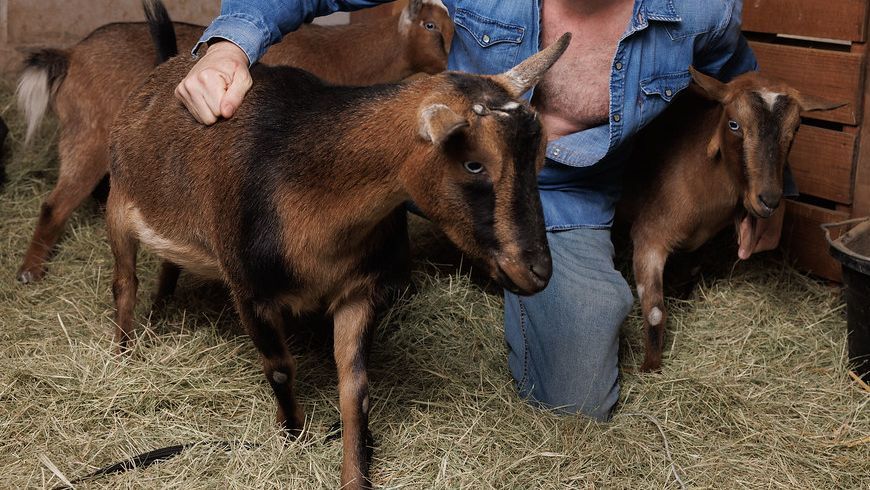 It’s April Fools’ Day, canonically the worst day to be in the business of writing news. Today is all about trying to trick the general public with fake products, bad takes, and typical internet pranks. Some of these jokes are better than others, because some simply suck. But I’m always pleasantly surprised by the memes of April Fools that give us a good chuckle. So here are some of my favourite April Fools’ Day jokes of 2022.

One of my favourite comebacks at the moment is “touch grass”. It’s a saying which basically means, give over and go outside. You’re thinking too much about internet drama, getting too angry at insignificant things, too deep in the Twitter doomscrolling, get outside and just touch some grass. You’ll feel better for it, I promise.

So HyperX presents their April Fools joke, the Touch Grass Key Caps. The press release for this eco-friendly piece of kit says: “In your most intense matches, you can finally feel soft grass tickle your fingertips as you’re nailing those clip highlights. Premium options also include a grass scent to throw off anyone who can’t mind their own business. Embrace nature and ‘Touch Grass’ with HyperX on Earth Day 2022.” Good stuff HyperX, good stuff.

Mysteriously posted on the 31st of March, NZXT announced the H-AND, a portable PC gaming setup which looks rather like the Steam Deck but like… worse. The tweet announcing the product claims the hardware boasts “32 core 64 thread APU, 800 DPI 12-inch display, Tenkeyless pullout keyboard, Plenty of RGB” and more. The only problem is that the keyboard in question comes out the left side of the screen, making it impossible to see the screen and use the keyboard. Oh and the mouse function on the right side is built in, so wouldn’t be functional as a mouse. Something tells me this isn’t a real product folks.

Most of the categories are empty or have popular streams that don’t commit to the bit. One streamer is making pizza at her New York shop under Pizza Time, and a Vtuber spent an hour in Literally Just Chatting by essentially turning her stream into an IRC chat room. For some reason almost nobody is streaming under Character Creation. Maybe the category will fill up as the day continues.

House Flipper’s April Fools’ Day update may remind you of two pop culture apartments. Something seems very friendly about these places, I can’t quite put my finger on it. It would be a great place to hang out with mates and maybe watch a sitcom, right?

If you’ve somehow not got the hint by now, the House Flipper update is based on the American sitcom, Friends. The two apartments where the majority of the show is set are available to flip and update to your liking which is a pretty cool idea. What’s even better is that this is a real update available now. April Fools’ Day creates many fake products that will never be available so it’s cool to see something tangible to come from a developer.

It seems retro is in this year. These two jokes have the same punchline, producing ’90s aesthetic products for the modern day. Overclockers tweeted a video celebrating a ‘new’ line of PC towers and monitors that will transport you back to the 90s, just in case you’re sick of all the RGB of modern set ups contain.

And what could pair better with an old monitor and tower than an old cam recorder? Elgato’s April Fools is the Cam Link Retro, a play on its Cam Link product which content creators wildly use to connect their cameras to their streams. As it’s only HDMI capable, old cameras with RCA or composite cables aren’t able to connect. But with the Cam Link Retro, that could all change.

Which guns have which type of optic has been a hot topic in Rainbow Six Siege for years, so Ubisoft has headed off the community debate by strapping every conceivable scope to an MP7, otherwise known as the “8-COG” loadout.

I’ll admit, this one nearly gave me a heart attack when I first saw it. Unlike other service games that have released increasingly ridiculous skins as the years rage on, Crytek has stuck to its guns with unique characters and weapons that fit the 1800s western setting of Hunt: Showdown. This trailer, formatted like an ad for a new pair of legendary hunter skins, imagined what it’d look like if Crytek tossed its thematic consistency out the window and added the Crysis soldier guy, complete with futuristic assault rifle skin, and his best bud, that spartan guy from Ryse: Son of Rome. We really dodged a bullet here.

Annoyingly, NFTs continue to make themselves known. I’m not the biggest fan. But what I am a fan of is the Royal Albert Hall’s announcement that it’s getting into the crypto game. If you’re unaware, the Royal Albert Hall is a large concert hall in London and a prestigious space for all sorts of performances. But even with its classic reputation, someone on the team had the genius idea to joke about getting into NFTs. The full post can be read here, but just to quote my favourite line: “For too long, too much of what the Hall has offered has been fungible—and has been avidly funged by our audience. That’s where NFTs come in. Honestly, I would like to see somebody try to funge these.”

I’m not sure what to say about this one that isn’t said in the subheader. Goat Simulator has announced its debut film, Goat Simulator: The Musical Motion Picture, which will be directed by the one and only Steve-O. The press release also claims other celebrities will be starring in the movie like The Inbetweeners’ James Buckley, Harry Potter’s Tom Felton, and Hot Fuzz’s Nick Frost.

The synopsis says the movie is about *ahem*: “A small town goat, Pilgor works on the farm like the other animals but dreams of becoming a big-time musical movie star.” Pigor is shunned by other animals for getting into accidents all the time, but carries on pursuing their dream of  “a huge barn full of the finest hay…. and someone to milk them daily.” Ew.

If there was an award for the most obvious joke on this list, I think Razer wins. The Razer HyperSense suit is supposedly a product that allows its wearer to feel everything that your character is feeling in-game. That’s not just pain, no no no, that also includes the actual feelings of your avatar too, from love to anger. Anything that happens to your character in-game happens in real life.

In reality this guy is just messing about in a suit that reminds me of the tech in Spy Kids 3: Game Over. Great film by the way, even had Elijah Wood in it for a matter of minutes.

Among Us Horse Edition

One of 2021’s defining games was Among Us, the social deception game based on making your mates think you’re their friend by not stabbing them in the dark. Apart from the constant betrayal, Among Us was hit because of its cute characters and their adorable outfits. But today, the Among Us astronauts have undergone a strange transformation into centaur-like beings.

A joke that started about a year ago has come to pass. The Among Us account posted a picture of the astronaut with four legs back in 2021, and now the image is a reality. For today only you can play Among Us as a horse creature instead, and it sort of rules. Thanks Innersloth for this crucial update.

Valheim: Rise/Demise of the Deer King

Just as some hardware companies have been on the retro train, indie devs seem to love the idea of making you an animal this year. Valheim devs Iron Gate AB, have put out a joke trailer for Rise/Demise of the Deer King. Players in this update would get to live their life as a deer rather than as a Viking and you know what, it’s kind of cool. The deer in Valheim are pretty darn cute so no complaints here.

Hearthstone’s latest patch notes feature some deep cut jokes. Here are a few of our favorites:

The publisher of Dusk, Amid Evil, and Ultrakill has multiple anticipated projects in development, but announced today that it’s pausing work on all of them because, holy cow, Elden Ring is really good.

“As you’re aware the launch of Elden Ring has affected many people, and unfortunate, we are no different,” the studio tweeted. “Once the game launched, the perfect reviews and long hours in the Lands Between continued to pile up—and it became clear that things just couldn’t go back to normal.

“We’ve since had to adjust to a new way of life and navigate many new Elden Ring-related production challenges. And due to these unprecedented and uncertain conditions, we’ve had to make the difficult decision to delay all New Blood game development until 2023. While this may be disappointing to hear, we hope that you, our most valued players, can take the time from your latest session of Elden Ring to understand why this decision had to be made.

New Blood said that the exact timing of its return to development work will depend on when Elden Ring DLC comes out.

Rusty Lake launches its own line of NFTs

Acclaimed indie adventure developer Rusty Lake has announced its movement into the NFT space with the launch of the Filthy Rich Mr. Crow Club. The “rare, super exclusive, and amazingly unique” art will serve as your Hotel Club membership card and grant access to the Lounge, where Albert will appear outside your window to watch over you.

FRMC owners will also be given automatic access to the upcoming Rusty Lake Mental Health and Fishing Crypto Event, and the Crypto Cube Treasure Meta Hunt.

It’s a common knowledge that the Third Reich fell in 1945, but it’s less well known (because it’s not true) that a handful of die-hard Nazis held out in secret bases on the moon—and it wasn’t until the Allied forces launched Operation Over the Moon-Lord, achieving VM Day (Victory on the Moon) and finally bringing the war to a close.

The new Enlisted campaign, Unknown War, pays tribute to this little-known (because it’s not true) battle, and the forgotten history of the men and women who fought it, 385,000 kilometers from Earth.