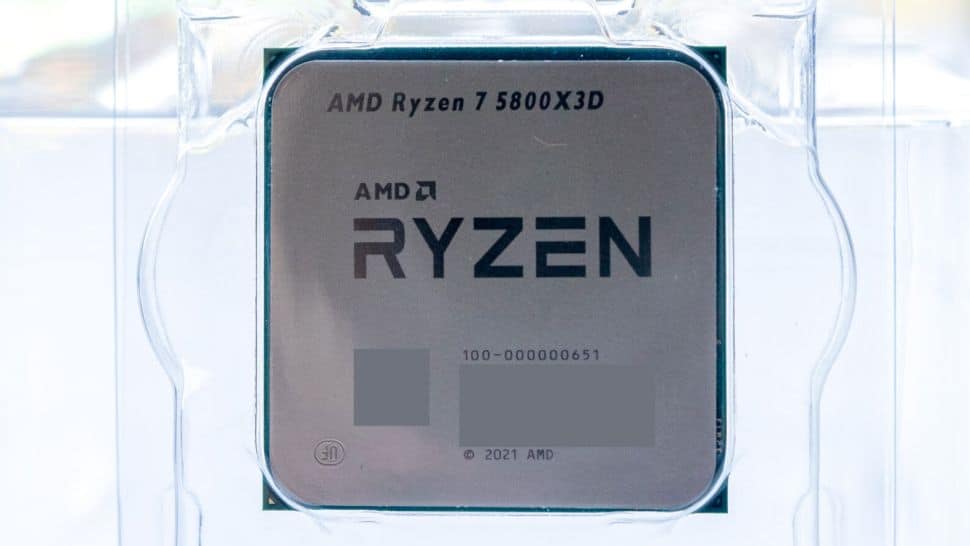 An independent review of the highly anticipated AMD Ryzen 7 5800X3D, complete with comparative gaming benchmarks, has been published by Xanxo Gaming. The work includes the testing of the AMD system, and an Intel Core i9-12900KF based system, in a handful of popular games. Tests were done at 720p, so there would be little or no chance of the GPU being a bottleneck, and at 1080p. Importantly, AMD’s new 3D V-Cache infused gaming challenger appeared to live up to the red team’s promises.

Last week we saw the Peruvian tech site Xanxo Gaming publish the earliest review of AMD’s first processor with 3D V-Cache on board. The review was rushed out of the door, and the site published a limited selection of benchmark results from sys-info tools like CPU-Z and Geekbench, and a couple of rendering tests involving Cinebench and Blender. A solitary Shadow of the Tomb Raider test helped enthusiasts get a glimpse of the new AMD processor’s gaming pedigree. Now we have a much clearer picture with an expanded data set, but of course things could be better with further reference points and a handful of tests completed at resolutions these games will realistically be played at by gamers packing these potent processors.

Xanxo chose the following two systems for its comparative tests; one featuring the AMD Ryzen 7 5800X3D with an MSRP of $449, and another the Intel Core i9-12900KF which can be had for about $570 at the time of writing (but debuted at $799). Except for the motherboard, the systems relied on a set of common components; an Nvidia GeForce RTX 3080 Ti FE, G.Skill FlareX 4 x 8GB 3200 MHz CL14, a powerful 360mm AiO, and fast SSD storage, with Windows 10 installed.

If you remember back to AMD’s official unveiling of the Ryzen 7 5800X3D in mid-March, and the benchmark teaser presentation slides from the event, you will remember that the 3D V-Cache packing chip often tied with the Intel Core i9-12900K in gaming, but sometimes managed to pull ahead and overall was about 15% faster. Xanxo’s results tend to show that AMD wasn’t being obtuse with its benchmark results or choices.

Below we have tabulated five of the comparison results sets, so as not to ruthlessly pillage the source, focusing on some PC gaming favorites:

The big theme running through the results is that users should find the AMD and Intel processors often run at very similar performance in AAA games. However, some games are a little better on the Intel Core i9-12900KF, and others offer very firmly stronger performance on AMD’s new Ryzen 7 5800X3D.

When AMD officially launches the Ryzen 7 5800X3D and the whole of the PC media can join in the testing, things will become much clearer. We expect to have quite a clear sketch of which modern PC titles are highly receptive to the 3D V-Cache and which simply shrug when faced with this technology. Moreover, as PC gamers and enthusiasts get to grips with the new Ryzen, you will be able to see from community contributions which of the games you like playing will benefit the most from this pioneering 3D V-Cache packing processor. We must remember AMD’s price advantage here too (CPU and platform), and hope there won’t be any supply issues to sully its debut.

AMD’s Ryzen 7 5800X3D is expected to become available to consumers from Wednesday April 20. So, very shortly we will see if it will join the ranks of the Best CPUs for Gaming in 2022.