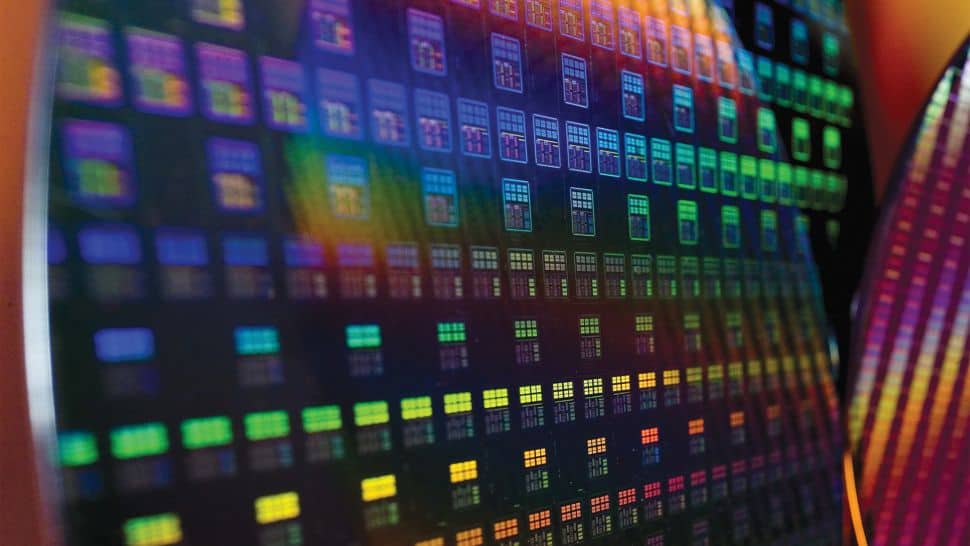 When Taiwan Semiconductor Manufacturing Company first confirmed the development of its N2 (2 nm-class) fabrication process in 2020, it did not disclose many details about the node or say when it intends it was set to enter production. This week, the company confirmed that the technology relies on a new transistor structure, but chips that use it won’t become available until 2026.

C.C. Wei, chief executive of TSMC, this week formally confirmed that the company’s N2 node will, as expected, rely on gate-all-around (GAA) transistors (though he did not elaborate on details or reveal the marketing name of the architecture). The fabrication process will continue to rely on existing extreme ultraviolet (EUV) lithography, with a 0.33 numerical aperture.

The technology is expected to be ready for risk production sometime at the end of 2024 and for high-volume manufacturing (HVM) toward the end of 2025. This means that TSMC’s customers should receive their first N2-based chips in 2026.

“Our N2 development is on track, including new transistor structure and progressing to our expectation,” said Wei. “All I want to say is that yes, it is [in] the end of 2024 you will enter the risk production. In 2025 it will be in production, probably close to the second half, or you know in the end of 2025. That’s our schedule.”

In general, TSMC’s adoption of new process technologies is getting slower. Traditionally, TSMC kicked off production using a brand-new node every two years. TSMC’s N7 began to ramp in April 2018, N5 entered HVM in April 2020, but N3 will only be used for commercial production in the second half of 2022. With N2, we are evidently seeing an even longer cadence as the technology will only ramp toward the end of 2025.

TSMC’s N2 schedule has always been a bit of a mystery. When the company first started to talk about N2, it only said that the new technology will be adopted at a brand-new site near Baoshan, Hsinchu County, Taiwan. The site (which some call Fab 20) will accommodate a new fab that will be built in four phases. Taiwanese authorities greenlit the project in mid-2021, and this is when we learned that construction of the facility was to start in early 2022, which gave us some first hints about TSMC’s N2 schedule.

TSMC’s board of directors approved the fab’s construction in early 2022, so by now we’d expect building of the fab to be underway in some form. If this is true, expect the shell to be completed by mid-2023 and the equipment to be installed and ready for production in the second half of 2024. After TSMC and its partners complete all the necessary preparations (e.g., risk production phase), N2 technology and the new fab should be ready for HVM, which is to start in late 2025.

Cycle times for modern fabrication processes are very long (well over three months), so it will take TSMC months before it delivers the first batch of 2 nm chips to its alpha customer(s), which will likely happen in 2026. Hence, expect products that use those devices to become available later in 2026, about four years from now.

While the schedule for TSMC’s N2 has always been somewhat secretive, TSMC has consistently said that it is striving for a very mature node with predictable yield and tangible advantages over the previous-generation nodes (e.g., N3 derivatives). So, while TSMC will be about two or even three years behind Samsung Foundry with gate-all-around transistors, it expects its first Generation GAA-based node to be the best fabrication process, when it starts ramping in the second half of 2025.

“We expect our N2 […] to be the best technology, [delivering] maturity, performance, and cost for our customers,” said Wei. “We are confident that N2 will continue our technology leadership to support our customer growth.”

We should note that TSMC is taking a very cautious approach with its N3 and N2 nodes.

Samsung Foundry is set to start using GAA transistors with its 3GAE (3nm gate-all-around early) fabrication process already this year. Samsung’s early nodes are typically only used by the company internally, so a wider adoption of the new transistor structure will happen only in 2023, when the contract maker of chips rolls out its 3GAP (3 nm gate-all-around plus) node aimed at internal and external customers.

Meanwhile, Intel plans to adopt its Ribbon FET (a type of GAA transistor) architecture for its 20A technology in 2024 and then make use of ASML’s Twinscan EXE scanners and High-NA EUV lithography with a 0.55 numerical aperture for its 18A node in 2025. Essentially, in about two years Intel plans to adopt a new transistor design and a new lithography method, a very aggressive schedule.

TSMC believes that FinFET transistor structure is good enough for a few more years, so it is not taking any risks with GAA transistors for now. By 2025, the company will have six years of experience with ASML’s Twinscan NXE 0.33 NA EUV tools, so it will be considerably less risky for the company then to adopt a new transistor architecture.

Being the world’s largest contract maker of semiconductors, TSMC is generally very cautious. It is vital for the company to offer a new node with certain improvements every year to satisfy the requirements of Apple, its main customer, which tends to release new smartphone system-on-chips (SoC) every year. Meanwhile, to meet the requirements of companies like AMD or Nvidia, TSMC develops custom versions of its nodes that are tailored to offer very high performance (N4X) or a combination of transistor density, performance, and power consumption that is beneficial for particular applications (5N, 12N).

So far, TSMC’s strategy of delivering a brand-new node every two years has worked well for the company and its clients. Enhanced versions (N5P, N7P, etc.) and customized versions enabled the company to offer consistent performance, power, and area improvements every year. But now that the cadence for all-new nodes is stretching to three years, it remains to be seen how the firm plans to continue its winning streak, as its rivals are getting considerably more aggressive.