Welcome to our video editing pc guide.  This page is here to help you choose the best pc for you needs and budget. Let’s face it, practically any  PC can edit video, but you need to know which components make the biggest difference to your workflow and therefore reduce your wait times.  Time is money in this world and waiting for something to happen is a productivity killer, right?

Here is a super quick overview of what matters in video editing. Click to skip to the section you are interested in. 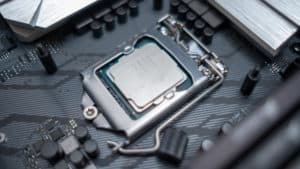 Get the best you can afford, as this is probably the most critical part of a video editing pc. The more high speed cores the better!

On the output side of things, when you have finished your masterpiece, it is then up to the processor to compile, encode and compress all of that footage into the final video cut. All those titles, effects, sound effects, all need to be bundled into one video stream file. Whether it is compressed or not, the CPU has some work cut out for it. The faster the processor, the less time it takes, simply. Multi-core, multi-threading is your friend here. Many hands make light work.

Which processor is best for a video editing pc?

Intel? AMD? i9? Ryzen 9? Intel Extreme? Threadripper?? WHICH ONE is better for my video editing PC!?

Good question! And at the same time you need to prepare for a bit of an open ended answer…

Firstly, all we can recommend is the following traits tend to work better for video editing (exceptions apply!):

Here is a valuable graphic from Puget Systems: 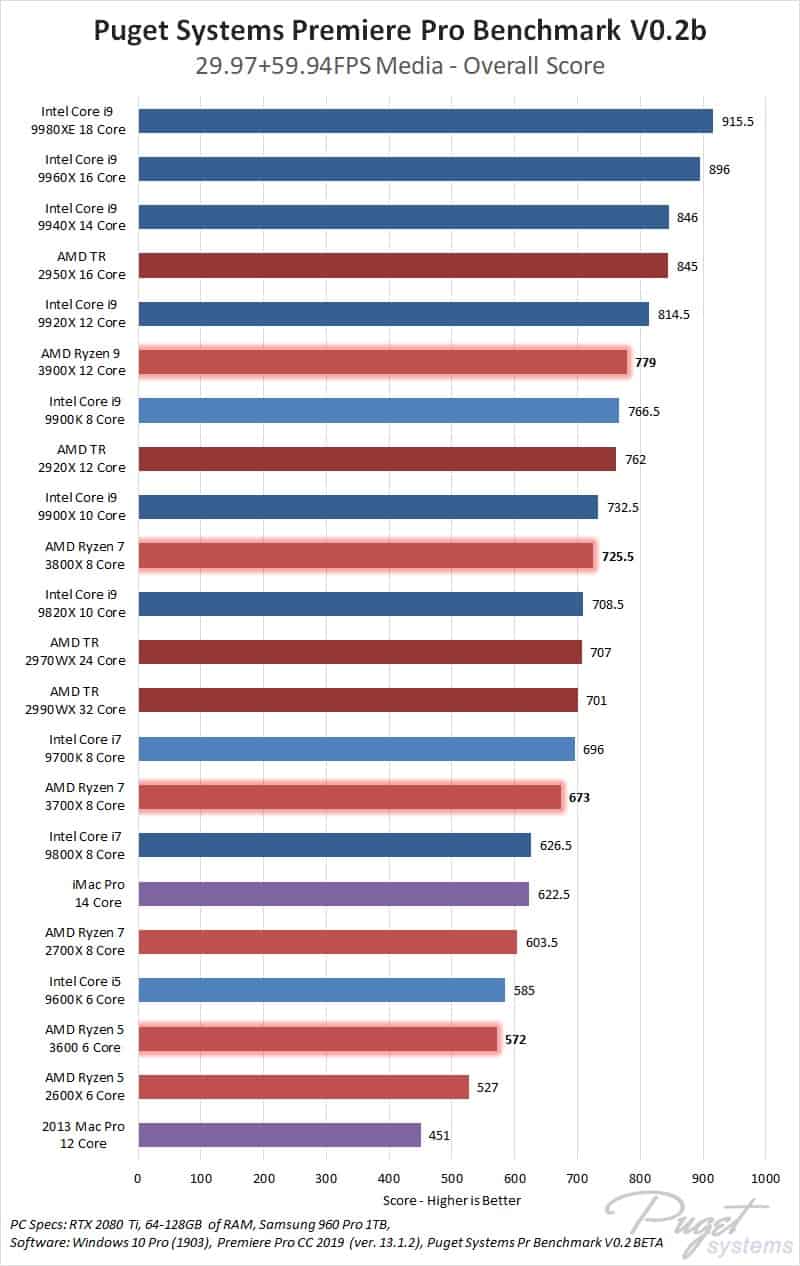 So with all this in mind, if you press us hard to recommend something to you…

Here are your PC options in order of budget and our recommendation:

Intel for us seems to prop up both ends of the market. Both cheap PC and most expensive PC represent the best and worst in class. The Ryzen and Zen architecture represent great performance for less. 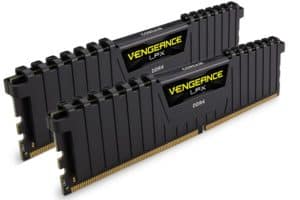 This largely depends on your project size, but high speed, large capacity memory is your friend here.

We recommend you treat 16GB as a minimum for video editing, 32GB ideal for the vast majority, 64GB is generally considered extreme but sometimes necessary. Regarding memory speeds, for Intel systems, 3200Mhz is the sweet spot between price/performance, while AMD it makes use of 3600Mhz quite well. Memory prices can fluctuate so it might be worth buying whilst it is cheap and going easy when it is expensive then upgrade later.

Try to buy your memory sticks in pairs of two as the system can utilise ‘dual-channel’ mode where they team up to give better performance. On Intel X-Series and AMD Threadripper systems you can even buy 4 sticks to utilise ‘quad-channel’ memory support. All these factors have an affect on performance on any system, including video editing. 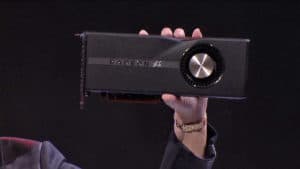 Graphics cards are great for editing online video but in most cases they are not utilised for final encoding.

Some applications are actively pushing to use graphics card compute cores more and more (e.g. DaVinci Resolve) so you may need to double check with your software to make sure it is going to make use of the graphics so much. Some applications utilise hardware acceleration for video titles, special effects and screen transitions. Even onboard cpu graphics can achieve these actually ‘ok’ but if you know you will be using these effects heavily then it would be worth getting a better card for coping with the demands you will be putting on it. Our point is, it is not generally the most important piece to the puzzle to have a high end card. 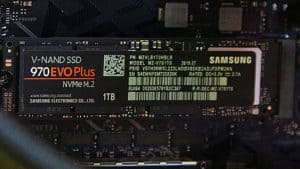 Often grossly overlooked, make sure your online video drive is fast as it is the one that is going to be critical in your editing tasks. SSD is a must for higher resolution, larger scratch /cache files.

Ok, you can get by with a HDD but if you edit anything higher than HD (720p) then you’d definitely better off with SSD. When you scrub or skip through the footage the disk needs to work hard to locate that section of video in the file and if your drive is slow to find that data, then you have to wait. Try working with that and you’ll soon be pulling your hair out. As soon as you replace the HDD with an SSD drive or even an NVME drive, you’ll breathe a sigh of relief as all your seek headaches go away like a strong painkiller the morning after the night before.

Our current favourite set up is a 2x SSD, 1x HDD set up.

Depending on your anticipated project sizes, adjust the middle SSD accordingly. Then if you calculate how many of those size projects you wish to store on the computer, do some multiplicaton and you will find out how big you need the HDD drive to be. We recommend an IronWolf NAS drive for the HDD where budget allows, but a Barracuda drive is fine.

Here is our pre-configured example:

Help us to help you. Tell us what you need and one of our techs will help find the best solution for you.
Don't worry! They don't get paid commission so it really is a discovery of what is best for your needs.
Help Me Choose!
Company Information
Menu
You are Protected